What does sex mean? 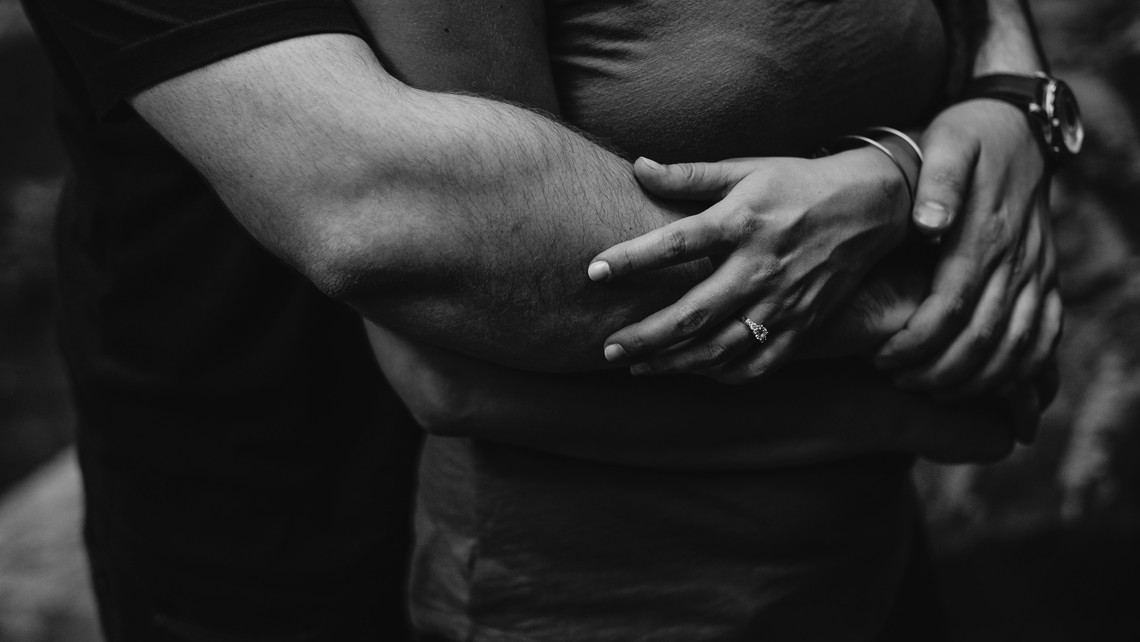 A few years ago, psychologists at the University of Texas at Austin asked the question, “What is sex for?” They received 237 different answers. There were lots of interesting answers, such as “makeup sex” or “birthday sex.” There were also some screwed up answers, from “revenge sex” to “get ahead in my career” sex.

The number one answer? Not surprisingly: “pleasure.”

We see this idea demonstrated by the myriad of behaviors that are viewed now as mere preferences and must be tolerated and affirmed by the general population., such as:

*Some grown men who have an inclination to express themselves genitally toward small boys are not perverts, but are simply expressing sexual feelings. Don’t take my word for it: NAMBLA, the North American Man/Boy Love Association, has clearly stated that their goal is “to end the extreme oppression of men and boys in mutually consensual relationships.”

*A mother and her grown son engaging in consensual sex. They claim this is not incest but an extension of the love they have for each other. (“Mother Says Sex with Her Son Is ‘Incredible’ as She Reveals They’re Planning Marriage and Trying for Baby” (Mirror Online, Sep 28, 2016). http://www.mirror.co.uk/news/world-news/mother-says-sex-son-incredible-7.... Accessed Aug 15, 2017)

*Others think copulating with robots is entirely reasonable.

The brokenness of sex

The sad reality is even countless married couples fail to grasp the meaning of sex, precisely because we have a culture that no longer promotes, protects, nurtures & sustains marriage. Christopher West comments:

“So few married people (and men and women in general) seem to understand the far-reaching consequences of their sexual choices and, even more, of the disposition of heart with which they approach sexual union. These serve as a barometer, of sorts, that can measure and predict ‘a good or bad lot’ in the whole of their life together.” (Heaven’s Song, p. 149)

Is it no wonder that marriage and family life is in decline in many areas of the globe?

We’ve been programmed by the pornified culture that sex is merely about expressing preferences, that sex is merely for entertainment and the pursuit of pleasure. With the way the world presents sexuality and the sexual act, the meaning is simply preferential. As long as it brings about pleasure, then it is “good sex.” With whomever, whenever, wherever – as long as you “get some”, then make sure to get it “while the gettin’s good.”

It’s a lot like ordering from a menu – finding something to quiet my hunger for a little while until my next meal – but it’s detached from any sort of real meaning. As long both (or more) people are happy – however one chooses to define happiness – then we’ll stay together. But as soon as pleasure begins to lessen – for whatever reason – then we’ll just cut our loses. And if we’re in a legally-binding relationship, then we’ll just claim it’s “irreconcilable.”

Yet in the experience of countless men and women, sex detached from it’s inherent meaning becomes meaningless. A life without meaning – which includes everything we do with our bodies – leads to hopelessness, emptiness, and despair.

Why do we experience such brokenness? It’s because human beings are designed for meaning. We long to know what something means so it fits into our frame of reference. Meaning illuminates value – not just about things, but about relationships and life itself. When we have meaning – and this meaning is connected with what is actually true – our life will be full of what is good and beautiful.

The importance of definitions

Connected to this discussion on meaning are the definitions we use to categorize realities we experience. The way we make sense of our existence is by using definitions. They help to organizeinformation so we can arrange ideas and facts. Definitions impact the way we see the world.

Certain definitions in life have an intrinsic meaning. When something has an essential meaning — a meaning that is instilled into its very nature — and we change that meaning, in a very real sense, we render it meaningless. For example, a bicycle inherently has two wheels. If we add another wheel, it ceases to be a bicycle. It is now something completely different. If we then call a three-wheeled vehicle a “bicycle,” as well as claim that all three-wheeled vehicles are “bicycles,” we have rendered the term “bicycle” nonsensical.

To push this example further, if a person were programmed to believe that a bicycle is actually a three-wheeled vehicle and wanted to buy one for himself, he would be radically confused upon going to the store. As he looked at the rows and rows of two-wheeled vehicles, nowhere would he find the “bicycle” he’s looking for (for the sake of this example, this store does not sell tricycles). He would become increasingly frustrated in his search and may even lose hope that a real “bicycle” could be found.

The point here is that the meaning of words matter. Words have an intrinsic value, and when we try to change them, we change the way we perceive reality. “Bicycle” has a specific meaning, and to pretend that it does not ignores reality. True, bicycles are not that serious of a matter. They are not inherent to who we are as human beings, as we can live without a bicycle. However, certain essential elements of life are crucial to our full flourishing. To not live in reality unleashes a great deal of heartache.

Discovering the true meaning of sex

As Someone very famous once said, “You shall know the Truth, and the Truth will set you free.” (cf. Jn 8:32) That’s Truth with a capital T. Not “truth” that is the product of imagination or popular opinion and then repeated incessantly through various forms of media to make us believe it to be true. Here, we are speaking of Truth that emanates from the Creator of everything – God.

When we know God’s Truth – and more important, live this Truth – everything changes. Life comes alive, and things start to make sense. Most importantly, we begin to discover meaning.

So what is the meaning of sex, as designed by God? The sexual act, on the biological level, means two things – bonding and babies – and these two aspects are so bound up within each other so much that they are never to be separated. Sex is designed to bring one man and one woman together to unite in a lifelong union – a.k.a. marriage – and this union opens them to the next generation. It is the union of husband and wife who stick around until death do them part, who are open to & raising the next generation that unveils the awesome power of the sexual act.

And when both are committed to seeking what is best for their spouse, contrary to the idea that marriage oppresses women or frustrates the weekend plans of men, it frees each person to give themselves irrevocably to the other. They can each trust that the other is going to stick around in old age, and this brings about a stable home life, for there’s no fear the other is going to leave. When husband and wife give freely in joy – and yes, this requires self-mastery, a death to self, and seeking continuously the best for the other – it unlocks the heart’s deepest desire. This simple Truth is incredibly profound, because it is this relationship that literally reveals love and keeps the world blossoming with goodness and beauty.

Furthermore, if we have the eyes to see it, the full Truth about sex draws us into the very mystery of God. Through Christian Revelation we discover that God desires union with humanity so much so that He took on flesh and dwelt among us. Jesus Christ longs for union with us in a way that is not just symbolic of husband and wife in marriage, but is in fact A MARRIAGE!

At every single Mass or Divine Liturgy we are privileged to experience this reality. Ordinary gifts of bread and wine are transformed into the Body, Blood, Soul and Divinity of Jesus Christ, the God-Man, who gives all of Himself to His Bride, the Church – US! And if there is nothing blocking – no spiritual contraception through sin – then we will conceive and bear forth Divine love and life to the world. Wow!

Far from any lustful union or the counterfeit of pornography, it the fulfillment of the sign that God reveals in the marital act of husband and wife. This Wedding Feast is what we are all called to participate in at the end of time in heaven, and it is the fulfillment of every rightly-directed earthly desire. What hope!

Before closing this discussion, we must take into account the other meaning of sex. Before sex is a verb, it is a noun. Our sex – being created male or female – reveals how we can have the best “sex life” ever.

In and through our male and female bodies is the call to make a gift of self. As the Master of Love, Jesus Christ, teaches, “Greater love has no man than this, that a man lay down his life for his friends.” (John 15:13). In an increasingly androgynous environment, recognizing and living this reality is crucial to experiencing lasting joy. We must rediscover and “reread in truth” (St. John Paul the Great, Theology of the Body, July 11, 1984) the divine language of the body.

Foundational to this discussion is following the hierarchy – “sacred order” – of the relationship between man and woman. Written physically in the human body, a man’s body speaks the language of initiating the gift; a woman’s body speaks the language of receiving. This does not mean that a woman can never initiate nor that a man can never receive; on the contrary, in order for love to occur and flourish, both initiation and receptivity are needed by both sexes.

However, the primacy of male-initiator and female-receiver must be rediscovered, cherished, and implemented where it is lacking in order to heal many of the wounds found in our pornified culture. Initiation does not mean domination, but of loving service for the best of the other. Receptivity does not mean doormat or less-than the other, but of allowing the other to serve in love, and through such reception, create something even more wonderful – sometimes it is a child – that the two could not do by themselves.

The best “sex life” is not about getting laid; it’s about laying down your life for others so they may live. The former is inward seeking and leads to a life a selfishness, guilt, and shame; the latter is outward facing and seeks a path of service, of discovery of what is best for the other. This follows the way of the Bridegroom Jesus Christ who “came not to be served but to serve, and to give his life as a ransom for many.” (Matt 20:28) and is the surest path to joy. By respecting this language of our bodies, and offering our bodies in loving service to others, we will have the most meaningful “sex life.”

This article orignally appeared on Catholic365.com.

Steve Pokorny is the Founder of Freedom Coaching, a one-to-one mentoring system designed to break the power of pornified images. His book, Redeemed Vision: Setting the Blind Free from the Pornified Culture, is available through Amazon. He can be found on Instagram, Facebook, & Twitter @redeemedvision. Looking for a speaker on marriage and family topics? Contact Victoria @ vlpromotions.com.

My daughter walked in on me..

You won’t believe what happened to me. Again.

So my daughter walked in on me...

Two months ago, late at night, it happened. My daughter... END_OF_DOCUMENT_TOKEN_TO_BE_REPLACED

Go to Joseph - The Guardian of Women's Hearts

The Year of St Joseph calls for an ever deepening devotion, especially for women.

Human Love - Made in the Image and Likeness of God