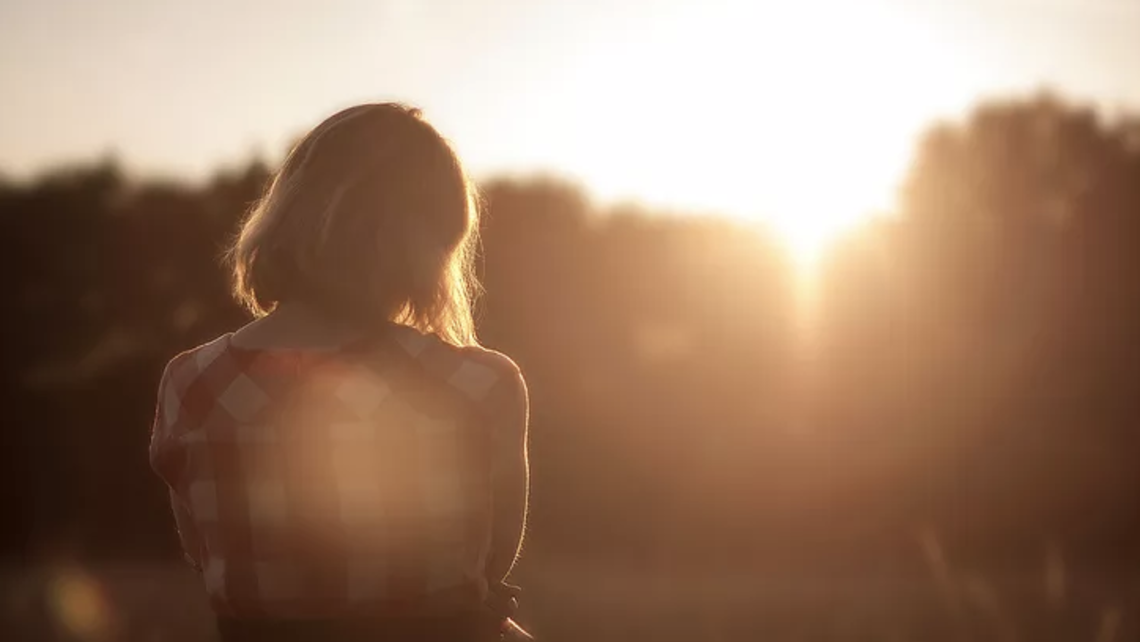 A preface to this post: I remember as a teenager how both the Internet and my hormones were exploding. I spent many a nights using dial up modems lusting after the latest digital pin-up.

Front and center in my quest was the blond bombshell named Pamela Anderson. During the 90s, she was the crown jewel of all my pornographic pursuits. My first exposure to Ms. Anderson was during Baywatch, where her red one-piece swimsuit would continually turn my head. My attraction to her would grow as I would see her in Playboy, of which she would go on to grace the cover of the now non-nude magazine 15 times.

Such fantasies kept me bound for 12 years (think: 12 years a slave) from being able to truly perceive reality. I was bound in my lust, unable to see women for who they are. A woman (just like a man) is way more than any video or image can capture. She has thoughts, feeling, and gifts to offer to the world that go way beyond mere sex-appeal, even if she cannot see it herself. It is the job of every man to help every woman be aware of their God-given dignity. For a man not attempt such a mission is an abject failure of masculinity.

I write this post as a public apology to Ms. Anderson and repent of my years of using her with my mind. I would like to make amends, and I hope this writing is a small of token of this desire.

Recently, Ms. Anderson co-wrote an op-ed piece in the Wall Street Journal with Rabbi Scmuley Boteach. While prompted by the ongoing saga of Anthony Weiner and his compulsive behavior, their writing was a larger commentary on the inherent destructive nature of pornography and how it is affecting all segments of the population.

To see her name attached to this editorial was nothing less than shocking. Was this just another way to keep herself relevant as she continues to age? Or is she really experiencing a conversion from a lifestyle that many other pornographers have witnessed to its destructive nature?

Is this a turning point for Ms. Anderson? I believe so. Like all women who enter the pornography industry, she did not start out as a libido-obsessed maniac (as the false narrative of pornography describe) but instead as a young girl with hopes and dreams like any of us. The desire to be wanted for who we are can be intoxicating, and if a girl is not surrounded by men who want her best, if she fits the pornographic body-type, she may be coaxed into doing something contrary to her true desires. We can only be lied to for so long until we either despair into destructive behavior or instead make a radical U-turn.

For someone who has taken her clothes off in public for many decades, I believe Ms. Anderson is getting naked here – but in a very good way; she is unveiling her heart. She is letting us know what her deepest desires are, specifically in stating we need a “sensual revolution”:

The sensual revolution would replace pornography with eroticism – the alloying of sex with love, of physicality with personality, of the body’s mechanics with imagination, of orgasmic release with binding relationships.

Ms. Anderson added to this on her blog:

A healthy, loving sexual experience demands both intimacy and respect, both of which pornography addiction destroys, and I am committed to raising this fundamental awareness and protecting the vulnerable enslaved in the sex industry and abusive relationships.

Reading between these lines, we can see that in all of her pornographic displays and broken relationships with broken men has been a search for what most of us long for: someone who will love us for who we really are, to see us as the person God has created us to be, and to be united in a permanent and exclusive relationship open to what the sexual act most often leads to: children.

To spell it out: Ms. Anderson is saying that she wants marriage and a family, one not based on the lies that pornography promotes – that one must have a “perfect” body, be sexually available at anytime, and not be tied down to anything that reduces our pleasure – but instead to give and receive everything from another where she knows the other person is with her through good times and bad.

I do not know what Ms. Anderson’s relationship with Jesus Christ is, or if she even has a positive view of Christianity. However, with all of the above compelling evidence, I must ask: Is Pamela Anderson be the new Mary Magdalen?

If we recall, Mary Magdalen (who many Early Church Fathers believed to be the same woman caught in the act of adultery (John 7:53-8:11)) had lived a life of pleasure seeking, not because she was intentionally seeking evil for evil’s sake, but instead was looking for intimacy in a way that sexual acts outside of a loving marriage can never provide. In her darkest moment, the Person of Love appeared. Instead of condemning her, He called her to embrace her own greatness. She responded to that call, and the Catholic Church now honors her as a Saint.

In a similar manner, Ms. Anderson is revealing that the Playboy lifestyle is full of emptiness and pain. She knows what its like to be used, and it seems as though she is be waking up to reality: namely, that men and women are never meant to be used, but instead are the type of creatures that are to be loved for their own sake (Cf. Gaudium et Spes 24). To violate this inalienable law is to do violence to the human person.

I’m not saying she is completely converted to the Love Who alone can satisfy. She probably has a very skewed notion about what “gender rights” and “freedom” really mean. Like all of those who have failed to live their sexuality in accord with their worth, there is probably a lot of regret and shame, and she needs to experience the healing that only God can provide.

That being said, Ms. Anderson is to be applauded for ability to see the septic tank of the pornography industry for what it is and her courageous action of using her public profile to alert others of its destructiveness. Our response must not be  not condemn her for past actions, but instead help her see that her desires for marriage and family are not mere fantasy, but can be fulfilled, ultimately on the other side of eternity. Let us pray for her, that she may come to know deeply the Intimacy of Jesus Christ, the Bridegroom, the One who alone can satisfy her longings to be seen as beautiful, lovely, and cherished.

Steve Pokorny is the Founder of Freedom Coaching, a one-on-one mentoring system designed to break the power of pornified images. His book, Redeemed Vision: Setting the Blind Free from the Pornified Culture is available on Amazon.

The Real Answer to the Real Pandemic

Along with millions of others around the globe, I suddenly found myself working from home during the COVID-19 pandemic lockdown... END_OF_DOCUMENT_TOKEN_TO_BE_REPLACED

My daughter walked in on me..

You won’t believe what happened to me. Again.

So my daughter walked in on me...

A year ago, late at night, it happened.

Go to Joseph - The Guardian of Women's Hearts

The Year of St Joseph calls for an ever deepening devotion, especially for women.